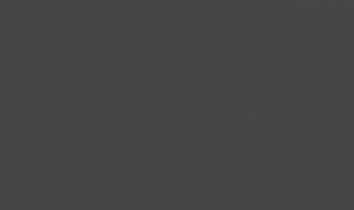 Classically it has been assumed that patients with cerebellar lesions or degeneration do not profit from motor training, since the cerebellum is critical for motor learning. We have demonstrated that patients with cerebellar ataxia profit substantially from coordination training (Ilg et al. 2009). Results indicated significant reduction of ataxia symptoms measured by the clinical ataxia scale SARA improvements in motor performance after 4 weeks intervention. Quantitative movement analysis revealed specific improvements in dynamic balance in posture and gait as well as in intra-limb coordination.  However, it was critical that the training is continued since otherwise the improvements quickly disappear.

We recently demonstrated that video games (“exergames”), requiring whole-body control, can be used to improve rehabilitation training , in particular in children with degenerative cerebellar disease. Such coordination training  improves ataxia symptoms, including posture and gait in subjects who were mild-to-moderately affected. Despite progressive cerebellar degeneration children were able to improve motor performance by intensive coordination training. A key issue is that such games improve substantially the motivation of children to practice, compared to classical physiotherapy, and they are suitable for home-based rehabilitation training. 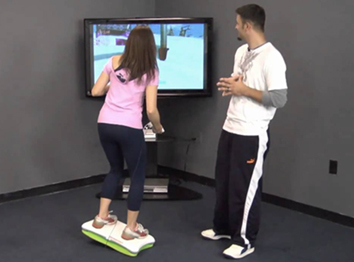 Like for other neurodegenerative diseases, such as Parkinson’s disease, also in cerebellar ataxia at the time of classical clinical diagnosis already substantial lesions are present in the relevant neural structures. Thus, an early intervention at premanifest stages of the disease is highly desirable, e.g. to slow down the progression of the disease symptoms . We are currently performing an  interventional study to investigate if motor training using exergames can delay the onset of a rare genetic ally-characterized neurodegenerative disease. We investigate if such training leads to measurable motor and neural changes in pre-manifest SCA subjects.

Likewise, we also study the effectiveness of exergames as a treatment tool for coordinative training in subjects with advanced degenerative ataxia. Exercises were based on video-games, exploiting a  Wii®-Balance board. Games were specifically selected to exercise upper- and whole-body balance.  First results show a  significant reduction of ataxia symptoms.

Balance control depends on multi-sensor information and its integration in the central nervous system (CNS). Previous studies have shown that patients suffering from vestibular loss or from PD can use augmented sensory information like audio-biofeedback (ABF) of trunk acceleration to reduce postural sway in standing and walking. However, these findings have never been transferred to patients with cerebellar dysfunctions. Since the cerebellum is known to be involved in sensor integration, it remains uncertain whether subjects with cerebellar damage can still exploit these additional feedback signals to improve postural control.

We designed a learning paradigm testing for short-term improvements of standing. Subjects had to exploit acoustic feedback signals delivering acoustic information via headphones about the trunk sway of the subject while standing.