Neural and Computational Principles of Action and Social Processing

Primates are very efficient in the recognition of intentions from various types of stimuli, involving faces and bodies, but also abstract moving stimuli, such as moving geometrical figures as illustrated in the seminal experiments by Heider and Simmel (1944). How such stimuli are exactly processed and what the underlying neural and computational mechanisms are remains largely unknown. In the context of a project that is funded by the Human Frontiers Science Program (HFSP) we try, in collaboration with Aleix Martinez  (Ohio State University) Doris Tsao (CalTech) and to unravel the neural basis of the perception of intention. In a further collaboration with the laboratory of Peter Thier (HIH / CIN) we work on the computational and neural basis of the encoding of dynamic faces, including especially the encoding of social attention.

Intention cannot only be decoded from detailed stimuli, such as moving faces and bodies. Classical psychophysical experiments show that intentions and social interactions can also be decoded from strongly impoverished stimuli such as moving geometrical figures. The underlying neural mechanism are completely unclear. We develop neural models, taking into account the physiological architecture of the visual pathway, and show that some of these functions might be accomplished by rather simple learning-based neural mechanisms. In collaboration. With A. Martinez (Ohio State University) we also try to find the neural correlates of such intention perception in human cortex. Future work (with D. Tsao, CalTech) will try to identify neural neural correlates of these functions in monkeys, laying the basis for more detailed neural models. 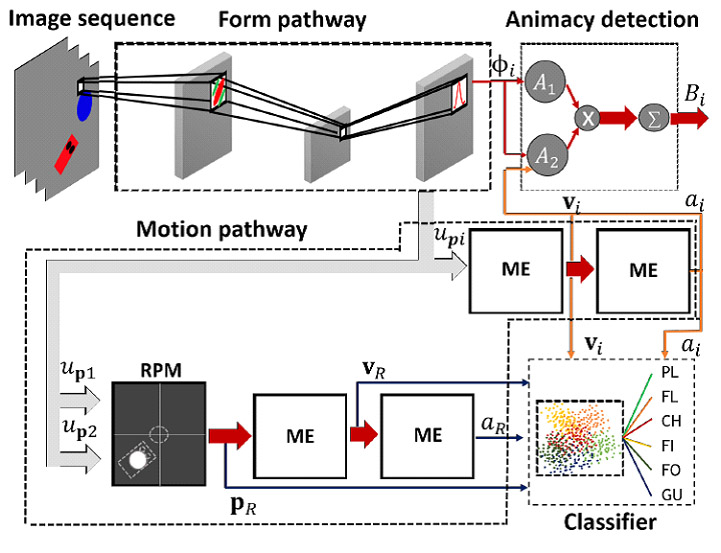 Neural model for the recognition of social interactions from abstract stimuli

We have also developed a dynamical systems model that can generate at least 12 distinctive classes of social interactions. We have shown that these generated movies can be classified by human subjects with high amount of accuracy. 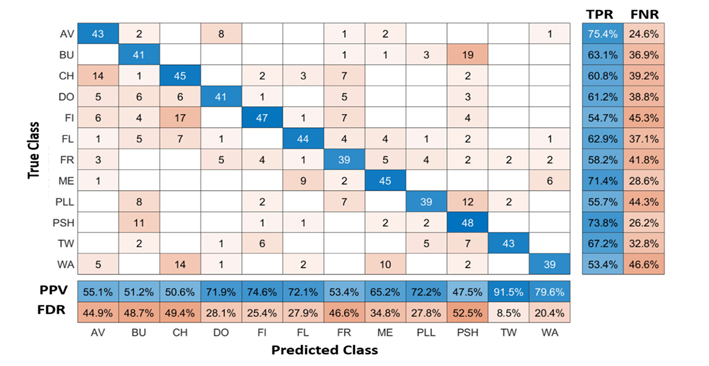