Motor learning and the functional role of the cerebellum 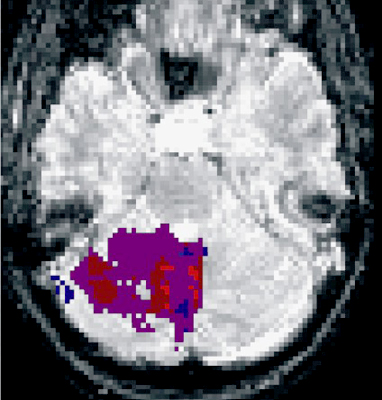 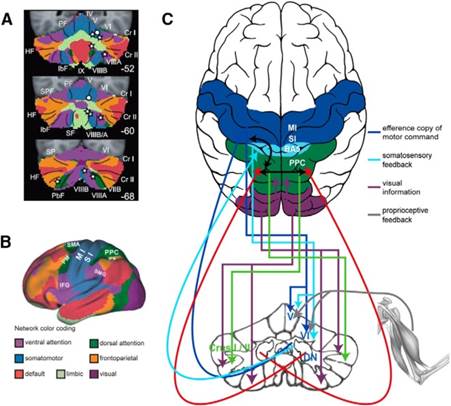 The successful restauration of function in patientsthrough rehabilitation training is essentially based on sensorimotor learning. We have shown in previous work that even patients with cerebellar dysfunctions substantially profit from motor learning (Ilg et al. 2009), and that different cerebellar regions contribute differentially to the relevant sensorimotor couplings (Christensen et al. 2014; see figure). Opposed to the traditional view of learning in motor control, recent results support the view that motor learning is supported by a whole range of processes, whose involvement is critically dependent on the learning task. We thus investigate the processes of motor learning in healthy controls as well as in neurological topic.

One approach to address this question is to contrast error-based learning  with reinforcement learning in motor control. We study the influence of schedules for the incremental variation of task difficulty on reward-based learning for a cart-pole balancing task (see Figure). Exploiting a Virtual Reality setup, participants need to balance a pole by shifting the simulated cart right or left. The dynamics of the simulated mechanical  model of the cart-pole can be modified, allowing for a incremental variation  of task difficulty and for the testing of different types of simulated mechanical environments. The same type of experiment is also realized with cerebellar ataxia patients in order to study the contribution of the cerebellum to this type of learning.

Another study addresses the improvement of whole-body balance on a balance platform (whole-body dynamic balance task). Participants have to optimize their balance performance in two sessions on consecutive days. The success of this training is evaluated by quantitative movement analysis involving whole-body measurement using the KINECT sensor and tilt angle of the balance platform. In combination with transcranial Direct Current Stimulation (tDCS) we investigate the involvement of the cerebellum during initial learning and consolidation phases.